by The Hernia Coach on February 18, 2016 in Castor Oil Therapy

Hernia Coach’s Note:
The following article on Edgar Cayce’s favorite healing modality — the Warm Castor Oil Pack — ought to be read and considered by every hernia sufferer.

Castor oil can be applied both as a hot pack or in the form of a massage. The Hernia Coach performed many massages as he continues to up to this very day.

The following comment was left under the article posted below. The same could be said for inguinal hernias since the Hernia Coach conducted Castor Oil Pack Therapy for months after the hernia first appeared which then eventually disappeared. 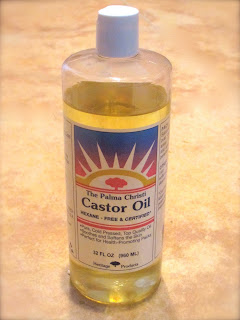 Castor oil pack therapy has been used by humans for as long as we have recorded human history. It was seen as the most healing of agents in antiquity. So much, in fact, that ancient Romans came to call the Castor seed plant the Palma Christi, or “the hand of Christ.” Castor oil was viewed as the all-healing agent — almost divine in nature. Whether or not you are one to practice homeopathic or other natural remedies in the 21st century, the results obtained from Castor oil pack therapy typically speak for themselves – even among critics.

Castor oil is extracted from the seed of the Castor oil plant, whose botanical name is ricinus communis. And while it was Edgar Cayce who made Castor oil well known throughout the U.S. in the 20th century, it has a long history of use as a healing agent around the world. The Journal of Naturopathic Medicine published findings that Castor bean seeds, believed to be 4,000 years old, were found in many Egyptian tombs. Historical documents reveal the medicinal use of Castor oil in India, Africa, Greece, Rome, Egypt (for eye infections), China (for induction of childbirth and expulsion of the placenta), Persia (for epilepsy), Southern Europe, and the Americas.

Today Castor oil pack therapy remains an effective source of relief for a number of maladies. It is used for everything: general aches and pains, colds, flu, sciatica, eye infections, c-section healing, mastitis, arthritis, ulcers, and to decrease soreness/irritation/inflammation of almost any body organ – breasts, nipples, fingers, throats, abdomen, uterine cramping, etc. Castor oil pack therapy has been used to increase milk production among lactating women, and it is occasionally used to quickly and effectively heal the umbilicus of newborns, and is regularly used to stop hormone-related hair loss.

Castor oil pack therapy has also been used in the clinical setting for liver and gallbladder complications, abscesses, headaches, appendicitis, epilepsy, hemorrhoids, constipation, intestinal obstructions, hyperactivity, as well as in cases where pregnant women are at high risk of miscarriage.

Women have benefited from Castor oil pack therapy when used to avert breastfeeding issues (such as mastitis, clogged ducts, and general soreness/inflammation), and also to heal from birth (especially beneficial in cases of cesarean section or other healing from surgery). Castor oil has been used to treat ovarian cysts, fibroids, and heavy menstrual cycles.

Dr. Harold J. Reilly (2008) worked with Castor oil pack therapy for 45 years and told of one of his patients who’d been dealing with especially heavy menstrual cycles for 13 years. By the time this woman came to see Reilly, her problem was threatening her career as an opera singer, and had already impacted her home life as a mother and wife. Four leading gynecologists who reviewed her case all recommended surgery – ranging from D&C to total hysterectomy. Instead of surgery, Dr. Reilly put her on a regimen which included castor oil packs four days a week. This woman soon reported, “After the first two nights of the Castor oil packs, the spotting stopped, and this was remarkable, because it was just after my menstrual period, and usually that went on and on. By the end of the week, I sang in a concert and felt fine.” 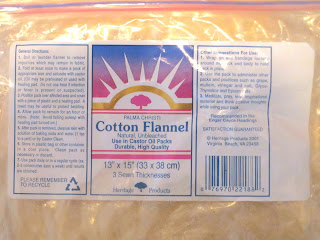 2) Use a cotton or wool flannel cloth that is folded to the correct size (for the location you are using the pack on) and is several layers thick when folded.

3) Pour Castor oil into a pan and soak the cloth in the oil.

4) Wring out the cloth so that it remains wet, but not dripping.

5) Apply the cloth to the area which needs treatment.

6) Cover with plastic (saran wrap or even plastic bags cut open work great) and then apply heat if desired (a hot cloth, heat pack, etc.) to increase penetration of Castor oil. Do not use heat if there is already open infection at the site.

7) If you are resting on a bed or couch, towels can be put down to protect the surface you are relaxing on.

8) After the pack is in place, you can wrap a large towel around the body (if using on the abdomen or breast) or a smaller towel (if using on the throat/head). An ace bandage can be used to hold the pack in place on the arm or leg.

9) The pack should remain in place for 60-90 minutes. So r-e-l-a-x. Breath deep. Listen to soothing music. Meditate. Pray. Watch a feel-good movie. Read a book. Whatever helps you stay calm and just let go of your worries for the hour.

10) After 60-90 minutes, the skin should be cleansed with a baking soda solution: 1 teaspoon baking soda to 1 pint water. You can wipe this over the area you treated in the shower (if desired) and shower off.

11) The flannel pack can be re-used several times. Do NOT throw it away. Put it into a ziplock baggie for future uses. It does not need to be rinsed or cleaned. The Castor oil soaked into it is fine to leave as is. Next time, soak again before starting.

12) Repeat these steps daily, or for 4 consecutive days per week (4 days on, 3 days off), until results are obtained.

The Oil That Heals (1994) by William McGarey

The Edgar Cayce Handbook for Health Through Drugless Therapy (2008) by Harold J. Reilley and Ruth Hagy

This is a slightly older video (with explanation and demonstration). Castor oil pack therapy need not be this cumbersome (you don’t need safety pins, plastic sheets, etc.) but the video will give you another take on the whole process.