by The Hernia Coach on November 3, 2017 in Hernia Mesh Problems

NHS England is using mesh to repair hernias which leaves many patients in chronic pain, surgeons have told the BBC’s Victoria Derbyshire programme.

The concerns come after it emerged that more than 800 women are taking legal action against the NHS over the use of vaginal mesh implants.

One woman said she was left “screaming on all fours from the agonising pain”.

The material is its “recommended method” for treating the condition. It is used on tens of thousands of patients every year.

A hernia occurs when an organ or fatty tissue pokes through a gap where muscle has weakened. It most commonly takes place in the groin.

The use of mesh involves pushing bulging tissue back into the abdomen and covering it with the material, and can be delivered via open or keyhole surgery.

Leila Hackett had an umbilical hernia mesh repair in 2013.

“Straightaway I could feel the mesh,” she said. “It was like somebody scratching you from inside your body, it’s so unpleasant and constant.

“It started off like fiery burning agony but it never stopped hurting or itching.”

The mother-of-two spoke to her GP about her pain many times, but was told the mesh was not the problem.

Two years later, she was taken to hospital after the material had become stuck to her internal organs, causing her bowel to twist.

“The pain got so agonising I was just screaming on all fours,” Mrs Hackett explained.

During her operation, the surgeon spent four hours picking the material out.

“As soon as I came round, I knew the mesh had been removed because I felt normal again,” she said. 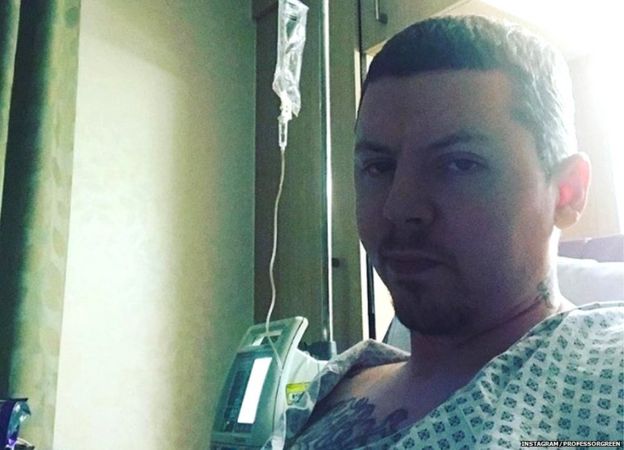 One in 10 people will develop a hernia, and some experts are concerned about the “thousands of hernia mesh patients who are living with chronic pain”.

“Severe pain is a common problem and patients aren’t being warned about it,” Mr Jones said.

“At least half of patients who have a mesh repair will have a smooth recovery, but in my opinion the risks of a poor outcome are so bad, I wouldn’t want to take that risk.

“I think litigation will come into this. If enough people got together and said, ‘We are suffering and we weren’t warned about it’, that could put a dent into the mesh repair for hernias.”

Watch the Victoria Derbyshire programme on weekdays between 09:00 and 11:00 on BBC Two and the BBC News Channel.

Martin Kincey, 39, started experiencing pain in 2011, 12 years after he had a mesh repair for his inguinal hernia.

“I used to play all sorts of sports,” he explained. “But now the simplest of movements can be seriously painful. It feels like I have been stabbed with something hot.”

Martin has had multiple scans, blood tests and colonoscopies, which have all come back clear. 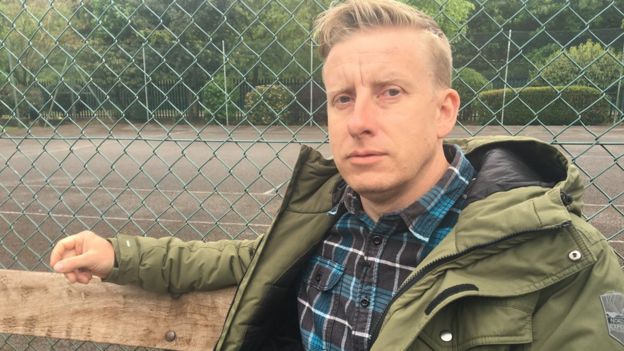 Martin Kincey had a hernia mesh repair in 1999

“They’ve ruled out everything this could be, other than pursuing the mesh complications,” he said.

“There must be thousands of people who are experiencing pain who don’t realise it could be the mesh.

“It might not be to blame, but until it’s investigated, how can we know?”

While studies show 10% to 15% of groin hernias patients will experience chronic pain following a repair, surgeons say more research is needed for less common hernias. Those who are currently suffering from this pain will no doubt be trying to find help to ease it until they can get it sorted. There are alternative medicines like cannabis which may help as a possible aid. Some people smoke it, whilst others use weed shake to create edibles (which are foods containing cannabis). There are many people who vouch for cannabis as a treatment for chronic pain. Another alternative treatment is CBD. This comes in many forms; you can get cbd creams, cbd oils and cbd pills to name just a few. If you are trying something like this, it would be sensible to discuss this with your doctor first, to cover all bases. If you decide that this is the best option for you, but want vegan options, you can check out Jaded, who provides vegan cbd oil.

There is a mesh-free alternative for patients with groin hernias, which some surgeons have called for the NHS to teach its staff, so patients can have a choice.

The Shouldice hernia repair involves a surgeon overlapping and securing layers of the abdominal wall, once a bulge has been placed back inside a patient’s body.

The technique was created at the Shouldice Hernia Centre in Toronto, which has a 99.5% lifetime success rate for treating first-time groin hernias.

According to NHS Choices, 10% of hernias come back at some point after surgery, with many choosing to Visit this website to learn about other ways to manage the pain from such injuries.

However, NHS England said the Shouldice repair was hard to replicate in its hospitals.

It said mesh repairs had been undertaken extensively and successfully in the UK for several decades.

The Royal College of Surgeons said while “any poor outcomes are regrettable”, mesh implants were the “most effective” way to deal with a hernia.